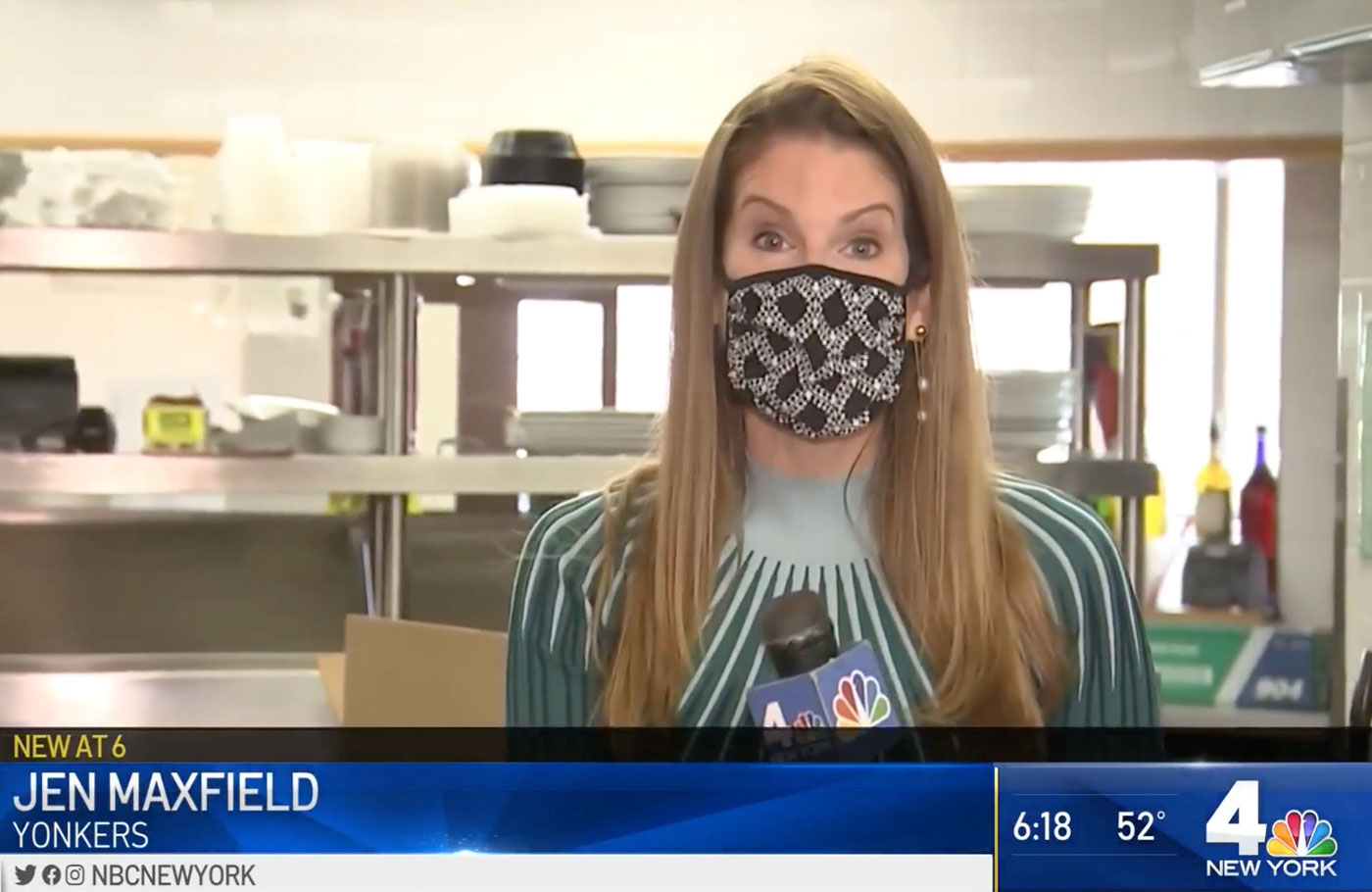 It’s Thanksgiving dinner with all the trimmings, to go. Iron Chef champion Peter Kelly makes it with love, and includes all the favorites: roast turkey — dark and white meat — with giblet gravy, cranberry sauce, green beans, truffle potatoes and stuffing.

That meal would have cost $80 at the celebrity chef’s waterfront restaurant X20 in Yonkers. But Kelly is making it at cost for seniors living in the city’s public housing. Some of the seniors are homebound, an official said, meaning even without social distancing and COVID, they still wouldn’t be able to go see their families.

“It feels good to do something for people in these crazy times, for people who can’t get out. And for someone from the neighborhood, it’s nice to be part of it,” Kelly said.

The good deed hit home for Kelly — literally. He and his 11 siblings spent part of their childhood in the very same Yonkers housing projects he was cooking for on Wednesday.

“As someone coming from a housing project and spent several years there, when I had the opportunity to open a restaurant in Yonkers, I thought this is great,” said Kelly.

There will be 300 meals delivered to people in Yonkers public housing, with some unaware it was even on the way. One resident was all too happy to get a well-cooked, hot meal.

“We don’t get too many homemade meals here. A lot of us aren’t great cooks, that’s for sure — especially the men!” said 90-year-old Larry Sansone with a laugh.

Even for those who are able to get around, many of the seniors picking up the gourmet meals will enjoy them alone, as seeing their families won’t be possible this year.

“I’m going to watch movies, take it easy, say a Thanksgiving prayer that I’m thankful to be here for another Thanksgiving,” said Rose Smith, 60.

The giving spirit of the holiday getting cooked up in a to-go box, with Kelly just trying to do his part to reassure the seniors that they are cared for and not forgotten.

“We’re with them, having dinner,” Kelly said.