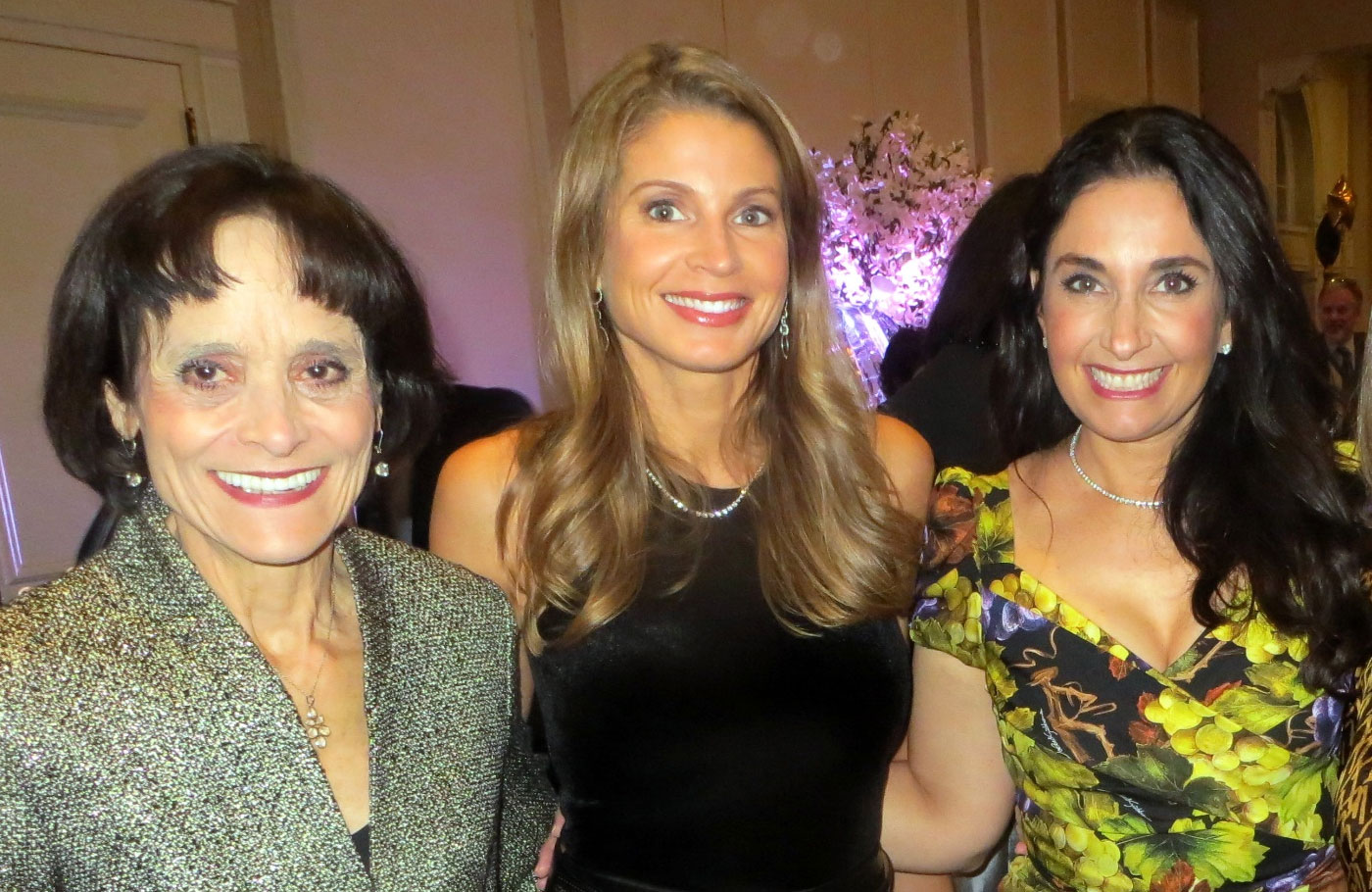 “We honor Sarah Wallace for her nationally renowned and Emmy award-winning investigative journalism, which consistently brings to light the plight of those who face oppression, discrimination, injustice and other challenges. Like BFC, Sarah helps those who need a spotlight and a voice,” Schonfeld said.

“We honor Harry Martin for his great leadership as BFC Board Vice-Chair and his tireless and dedicated efforts to improve the branding of BFC through our website, our social media, our printed marketing materials, and our Annual Dinner videos and multi-media productions,” he concluded.

The evening began at 6 p.m. with cocktails and a silent auction with a large array of prizes in several categories, including: Tiffany pieces, dining, beauty, sports memorabilia, designer pocketbooks, clothing and scarves.

When everyone was seated in the dining room, they watched a video, “BFC’s Great Year,” produced by Martin Digital Media, that highlighted the organization’s accomplishments.

Next, there was an exciting live auction conducted by Pat Tully with breathtaking prizes: two tickets to the iconic television show, “Saturday Night Live”; a dinner for 12 prepared in the winner’s home by chef George Georgiada; a five-night, six-day stay at a four bedroom East Hamptons home; a basket of designer items from Hermes, Tiffany, Salvatore Ferragamo and other luxury houses; a champagne shopping experience with Benji at Saks Fifth Avenue’s flagship store in New York City; a Rolls Royce escorted trip to Rao’s famous restaurant with a reservation for four people; a package of golf outings at various country clubs; and a top-brand bottle of champagne.

In a hilarious tour de force, Tully leaped from table to table, urging people to up their bids until everything was sold, bringing in many thousands of dollars for BFC.

Next, dinner Co-Chairs Linda and Dana Romita introduced videos of honorees Martin and Wallace. As they came to the stage, each was presented with a plaque, an engraved crystal apple from Tiffany and bouquet of flowers to a round of applause.

Martin, vice president of the BFC Board of Trustees, is an Emmy Award-winning TV journalist who has anchored newscasts at three of the leading television stations in New York City. Martin now runs Martin.Digital.Media, a video production and web design company. He is one of the most sought-after media consultants in the Tri-State area.

Wallace is one of the region’s best-known television journalists with more than 30 years of award-winning service to viewers. She is a member of the NBC 4 New York investigative unit and has won 20 Emmy Awards for journalistic excellence, the prestigious George Foster Peabody Award, two Edward R. Murrow Awards and the Outstanding Women Award from Hadassah of Lower New York State.

During the sumptuous dinner, Dana and Linda Romita introduced a video of Barry Harris and he, too, came to the stage to accept his award and gifts amid a cheering audience.

The co-chairs praised Harris, director of security at Englewood Public Schools, for being a mentor, beloved football coach and a pillar in the City of Englewood. Raised in Englewood, Harris has been a driving force in BFC’s Teen Center, acting as a mentor, teacher and friend.

As the evening wound down, Tully asked everyone for a donation to fund BFC’s mission.

The revenue from the Bergen Family Center gala will go to a great cause. Since 1898, BFC has been providing programs and services that support, strengthen and enrich communities throughout Bergen County. This year, nearly 5,000 children, teens, adults and seniors have received services provided by BFC.