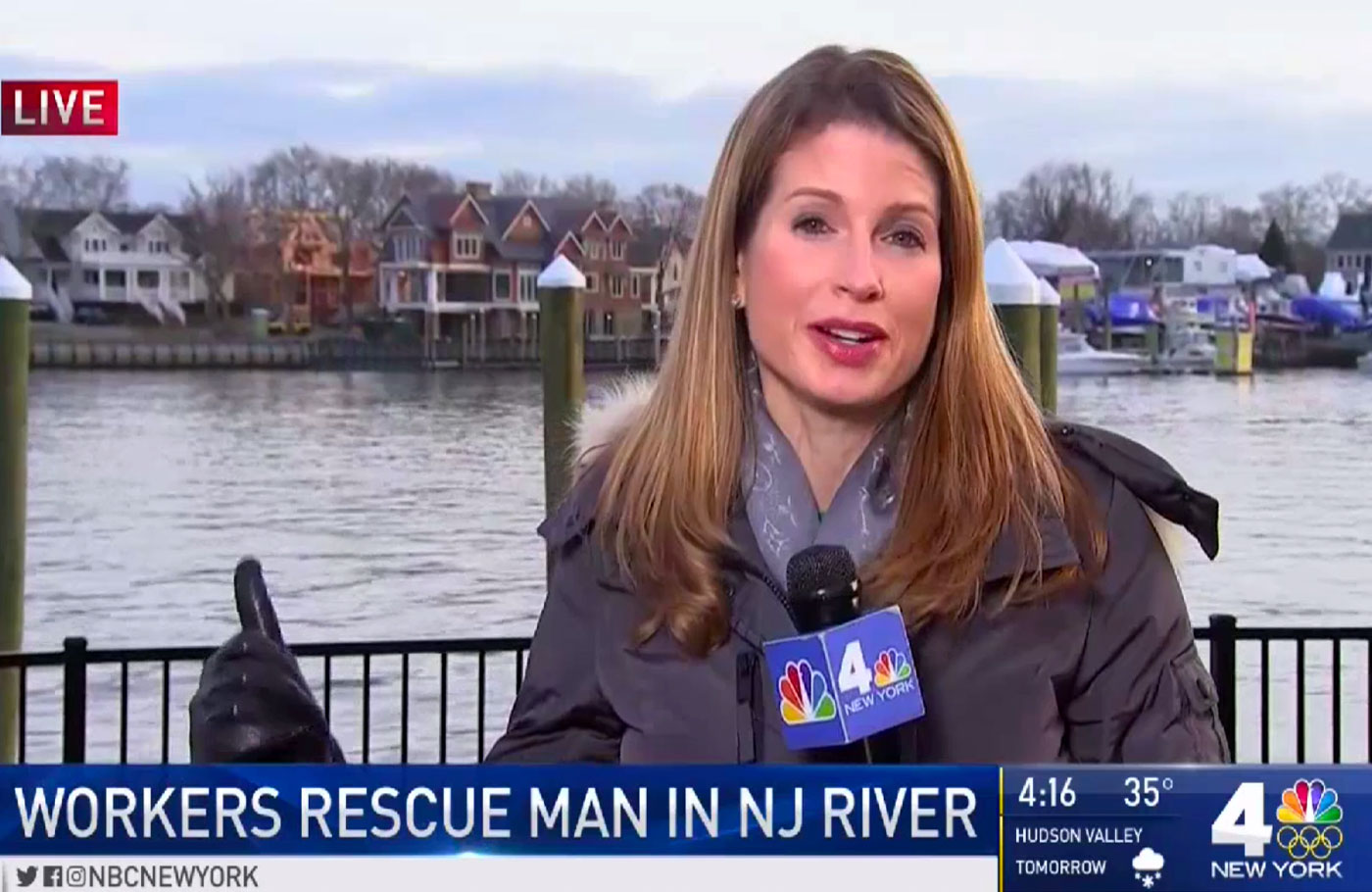 A police officer and two men working at a job site in New Jersey rushed to the rescue of a man screaming for help from a river, paddling out in a canoe to save the drowning man, witnesses say.

The owner of a HVAC company and one of his technicians were working on a new waterfront home near Shark River inlet when they suddenly heard the man’s cries, they told News 4.

“Drowning is the worst thing I could imagine, especially in these temperatures,” the technician, David Gordon, later told News 4. “I couldn’t just let another human being die like that in front of me.”

As Gordon began stripping off his layers to jump into the freezing water, his boss, Franco Galluccio, frantically searched for a safer way to help.

“He started going under,” said Galluccio. “I started running and looking for a boat or a jet ski, something to get out to him, and a neighbor offered her canoe.”

The two men hopped into the canoe and went to the man in the frigid water, who was waving his arms for help, according to witness Matt Johnson, who filmed the rescue. At the same time, a Belmar police officer in a kayak offered up two flotation devices, and the three worked together to tow him back to shore.

The rescued man was conscious and alert when he was removed from the water, according to Johnson, who works as an afterhours rescue member at Bradley Beach.

Emergency workers with blankers helped the man in the ambulance and took him to Jersey Shore Medical Center.

As for Galluccio and Gordon, they allowed themselves a short break but then it was time for First Degree HVAC to get back on the job.

“We were pretty wet and cold, so we sat in the truck for awhile and then back to work, that’s it,” said Galluccio.

It’s not clear how the man wound up in the water.