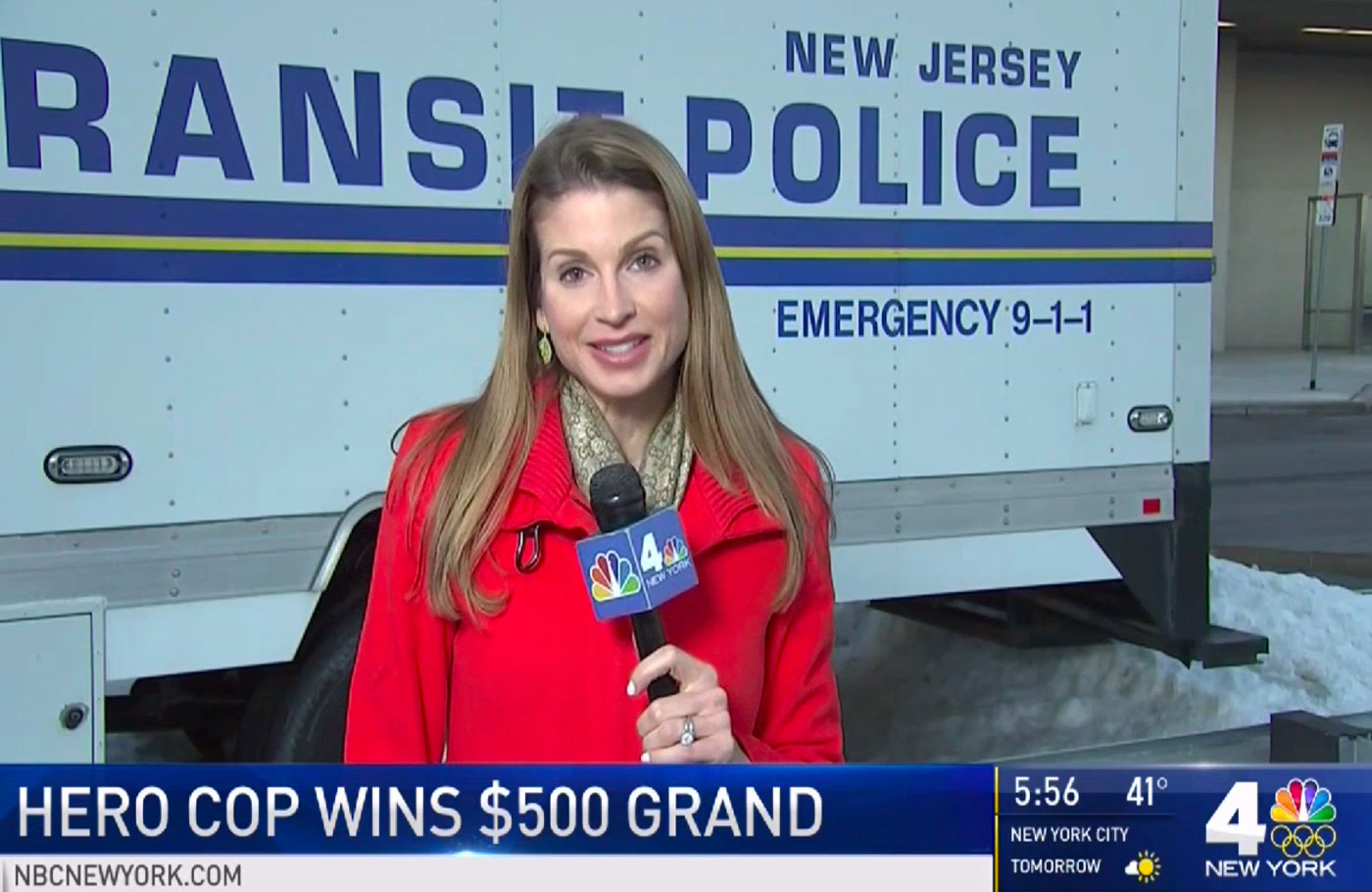 Victor Ortiz exclaimed to his wife Evelyn “We’re going home with half a million dollars!” at the end of the game show hosted by Chris Hardwick on Tuesday night after playing his way to $499,899 in winnings. It comes a little more than a year after the officer was caught on camera pulling a man to safety seconds before a train glides by.

“This man was a hero,” Hardwick said as the Ortiz family hugged and cried on the stage. “He saved a man’s life and tonight he’s going home with a lot of money, and that makes me really happy.”