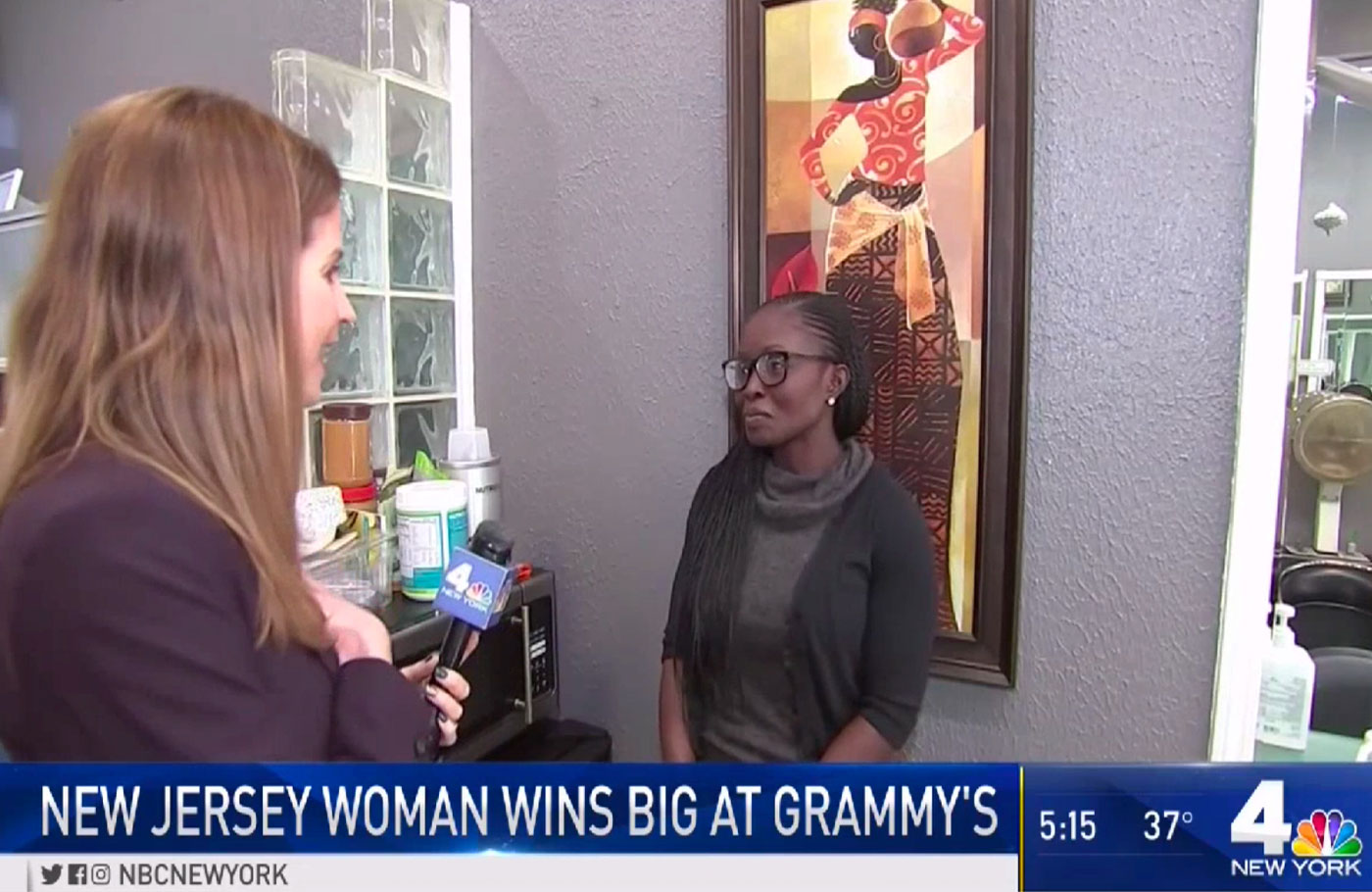 When Cardi B won a Grammy Sunday night for best rap album, a family in New Jersey was celebrating, too.

That’s because Nija Charles, 21, is now a two-time Grammy Award-winning songwriter. The 2015 Union Township High School graduate wrote the hooks for several Cardi B hits, including “Ring” with Kehlani, and wrote two songs for Jay Z and Beyonce’s Grammy-winning album “Everything is Love.”

“It couldn’t happen to a better person,” Charles’ mother Tracy said. “She deserves everything she’s given.”

From her aunt’s beauty salon on Morris Avenue, mom Tracy and sister Zoey FaceTimed her Monday in Los Angeles to see how she was doing the morning after her big wins.

“You did it, kid! You did it,” said Tracy Charles.

“When I went, I didn’t expect to win. I was just there to watch the show,” she said over FaceTime.

Charles discovered her gift for songwriting at her grandparents’ house, where she would write lyrics to beats she created with her aunt and uncle. Even before she was accepted at the Clive Davis School of Music at NYU, producers were sending her music to write to.

“A lot of them didn’t realize she was only 16 or 17 years old. That was funny,” Tracy Charles said, laughing.

While a student at Union Township High School, Charles ran track, was a cheerleader and was always an honors student. Her teachers knew she was destined to succeed.

“It’s very exciting. We are all happy and proud of her,” said Akua Boakye at Union Township High School.

Charles herself has advice for young people chasing their dreams.

“Be consistent. As long as you like the song, that’s what matters,” she said. “And never give up. A good song will always be heard.”

Nija Charles has also written songs for Meek Mill and 21 Savage, whose albums have also gone to no. 1.