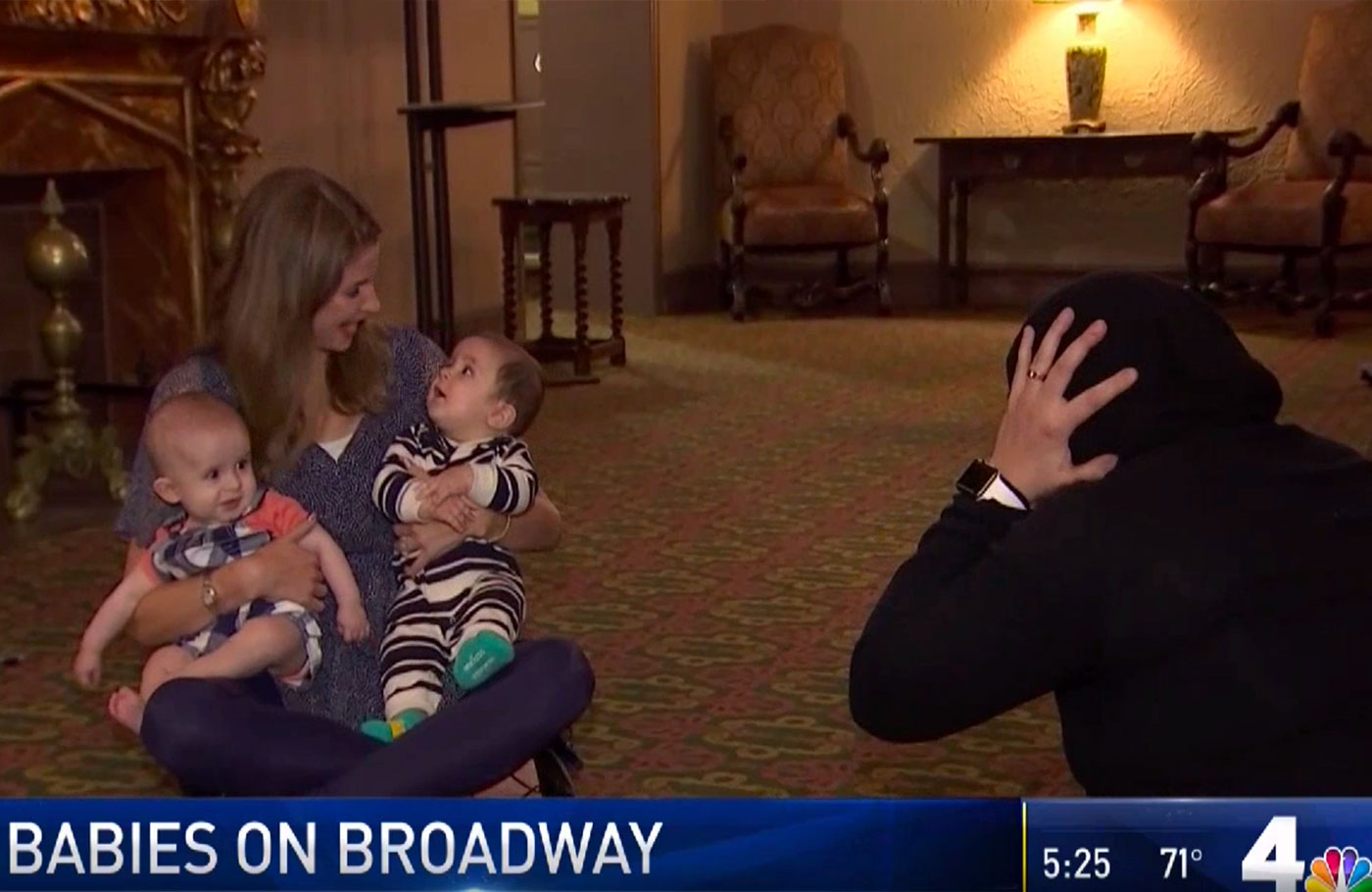 Actor Julia Nightingale, who plays the baby’s oldest sister, said they tried to keep it as real as possible.

Tony-nominated play “The Ferryman” has employed a quartet of infants to share the role of Bobby Kearney in the show. The babies are paid child actor wages.

While many other plays and films use dolls instead of real babies, that idea didn’t fit with playwright Jez Butterworth and director Sam Mendes’ vision. They call it “poetic naturalism.”

Actor Julia Nightingale, who plays the baby’s oldest sister, said they tried to keep it as real as possible. “And having a baby is about as real as it gets,” she said.

Every night backstage there are two babies, and the one who goes onstage is the one who seems calmer at the moment.

A mother of one of the tiny stars, Christine Scarfuto, said it was busy for them backstage, too. “We are doing the costume changes, the diaper changes, we have a path we walk backstage and hand off the babies to the actors and make sure they’re in a good mood and are well fed and take a nap at the right time. It’s hard.”

The Ferryman follows a family in Northern Ireland in 1981 as they struggle with the murder of a relative, possibly by the Irish Republican Army. The play runs more than three hours and there is a live goose and a live rabbit onstage, in addition to the babies.